Why You Shouldn’t Pay Cash for a Vehicle

Just because you have the cash to avoid taking out a car loan doesn't mean it makes sense to do so.

Last week, a couple of friends told me they were going to start shopping for a new truck.

They were overdue for a new truck. Currently, they have a small hatchback that first hit the road when we had to be home before the street lights came on. They affectionately call it "Daisy," but it looks and smells a lot more like an old lemon.

They said they wanted to replace Daisy with a used pickup truck that would probably cost around $35,000 including HST. It would be their first large purchase as a couple, but they said they were not too worried about it because they had saved the money to buy the pickup truck for cash, without needing to apply for a car loan.

I begged them to reconsider and started giving them a spiel about how some of that money was probably better off being invested...but we quickly tabled the talk for another time, because there are far more fun things to talk about during a lockdown.

I'm rehashing that conversation now, because I'm "that friend," and because a lot of people default to avoiding debt without considering what else they could do with their money. 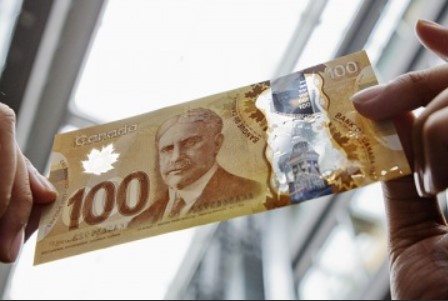 My friends' cash-first mentality is the product of years of conventional wisdom telling them to avoid debt whenever possible. And in this case in particular, why would they want to pay interest to get access to an amount of money that they already have?

But when it comes do debt, as with many things, you need to learn the rules early so that you can break them once you've established good habits. Because the reality is that there is a cost to making a big purchase in cash, and it's a lot bigger than the interest my friends might pay on an auto loan they don't need.

Let's say that instead of buying in cash, they decide to put roughly 20% down for the car and finance the rest. We'll round the down payment here to $7,000, so they'd be looking for an $28,000 loan. Someone with good credit looking for a loan that size with a 60-month term would likely qualify for an APR -- or borrowing cost -- somewhere between 3.25% and 4.5%.

At the higher end of that range, they'd spend roughly $31,150 in total payments paying off the truck over 5 years. For the additional $3,150 they'll pay in interest, my friends get the benefit of several options. They can do anything they want with the $28,000 they aren't immediately paying for the car.

Assuming they've built up a comfortable emergency fund, the lump sum of $28,000 can be invested and they can make the roughly $239 bi weekly truck loan payments with money from their paychecks.

Here's a table breaking down how that $28,000 might grow over five years at different returns if they decided to put the money in a mutual fund or individual stocks.

Even at a very low 3% annual growth rate, choosing to invest the money could net my friends over $1,760 more, after taking into account the interest paid on the car loan.

It might seem counter-intuitive that you can beat a 4.5% interest rate with 3% investment returns -- the reason these numbers work is that the balance that higher interest rate is being applied to is being reduced over time, while the lower investment return rate winds up being applied to a growing base. It's a beautiful instance of compounding at work.

If their money earned closer to the historical stock market average of 7%, then their decision to finance the car and invest their cash on hand would net them several thousand dollars more by the time they paid the loan off.

So in the short term, there's a benefit to not buying the car outright in cash. But when you look at the long term, the numbers become staggering. That $28,000 figure I landed on before wasn't exactly arbitrary; it's enough for two people to max out their annual CRA RRSP contributions for 2021.

Even at a 30% income tax, the RRSP investment would return $8400 which could be used to pay down the car loan, as all car loans are open loans.

If my friends decided to do that, they'd be committing to not touching the account until they reached retirement age, which would give their money roughly 30 years to grow. Here's another table breaking down what that $28,000 could grow to at different rates of return.

Earning around the market's average return, they would have four times as much money as they originally put in by the time they started drawing on the account, thanks to a long time horizon and compound interest. And whenever they decided to take distributions from it, they'd be able to do so without (likely) paying any taxes.

Taking that view, the $3,150 they'd pay in interest is tiny relative to the thousands of dollars in retirement money they'd be forgoing by paying for the car in cash up front now.

It's good to have options

I mentioned optionality before, and that's a luxury of having cash on hand. Building up thousands of dollars in savings isn't easy, so when the time comes to do something with it, it's always worth weighing the options.

Investing is just one way they could use they could use the cash. If they have existing credit card or student loan debt with higher APRs than the auto loans they'd qualify for, it might make sense for them to finance the car and pay down those other accounts with the money they've saved.

There are a couple of caveats to all of this:

Some people, even after running through the numbers, would rather buy the car outright because they don't like the feeling of having debt looming over them. It may not be the best financial decision, but again, having money saved up gives you the ability to choose your own adventure.

As Groucho Marx once said, "While money can't buy happiness, it certainly lets you choose your own form of misery."